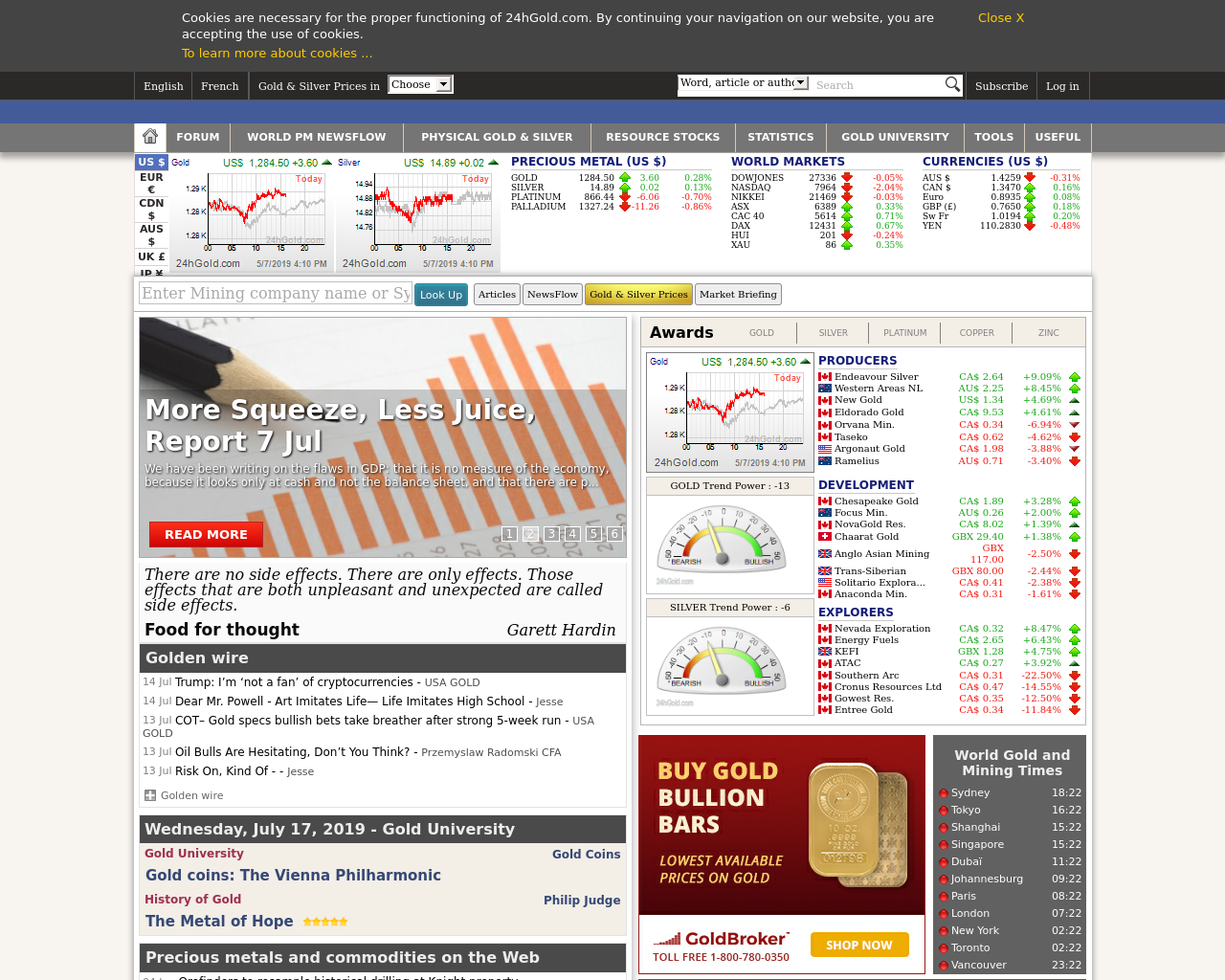 DoubleClick.Net
DoubleClick enables agencies, marketers and publishers to work together successfully and profit from their digital marketing investments.

ASP.NET Ajax
ASP.NET AJAX is a free framework for quickly creating a new generation of more efficient, more interactive and highly-personalized Web experiences that work across all the most popular browsers.

ASP.NET
ASP.NET is a web application framework marketed by Microsoft that programmers can use to build dynamic web sites, web applications and XML web services. It is part of Microsoft's .NET platform and is the successor to Microsoft's Active Server Pages (ASP) technology.

Adobe Dreamweaver
Based on the use of certain javascript functions, this page contains code generated, at least initially, by Dreamweaver.

They are headquartered at Vancouver, British Columbia, Canada, and have 1 advertising & marketing contacts listed on Kochava. According to their Ads.txt, 24hGold inventory partners include: google.com.